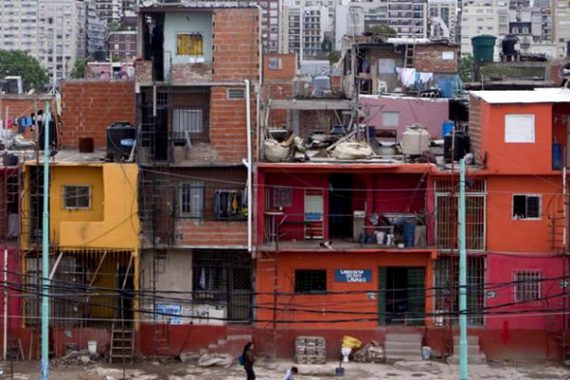 According to the study, in the first quarter of 2017, over 10 percent of households in the city did not make enough money to afford a Basic Basket of Goods, or the goods and services considered basic and necessary to acquire to avoid living in poverty. A Basic Basket of Goods for a family of four cost AR$ 14,600 as of March of this year, representing a 3.3 percent drop in relation to the last quarter of 2016, and a 2.1 percent drop compared to the same quarter of 2016. END_OF_DOCUMENT_TOKEN_TO_BE_REPLACED

The inflation rate for Argentina in 2016 was forecasted to be 25%. President Mauricio Macri’s administration acknowledged that inflation will probably go beyond the predicted ceiling of 25%.

Despite this confession, he says the percentage can still change as the months pass, like any inflation. But there doesn´t seem to be much hope with the increasing price in gas and water of 300% and the increasing price of public transportation of 100% since April. END_OF_DOCUMENT_TOKEN_TO_BE_REPLACED