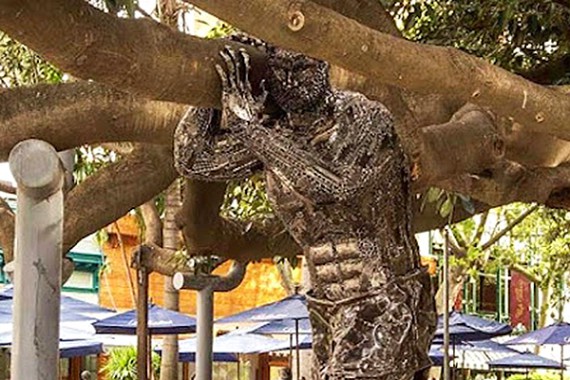 Atlas, the titan, was condemned to bear the weight of the world on his shoulders. Now, a statue of Atlas is carrying the weight of the branches of the oldest gum tree in Buenos Aires, replacing one of the concrete columns. The tree, planted in 1781, can be found in Recoleta and is known as the “Gomero de la Recoleta”.

The statue of Atlas is made out of 85% of remnants of cars. The president of Junta Comunal 2, Facundo Carrillo, said: “The statue symbolizes a great man that lifts one of the biggest and heaviest branches of the historic tree END_OF_DOCUMENT_TOKEN_TO_BE_REPLACED