To protect commuters in Buenos Aires, the new Red SUBTE system will be implemented. People who take the train, bus, and subway in Buenos Aires regularly and also have to switch between multiple services to get to their destination END_OF_DOCUMENT_TOKEN_TO_BE_REPLACED 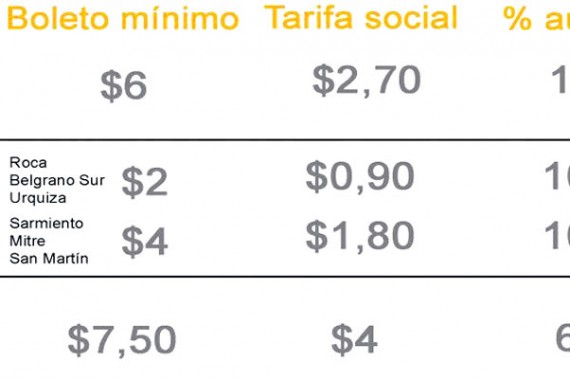 Public transport is getting expensive

The minister of Transport, Guillermo Dietrich, has confirmed that the rumors about the prices of the public transport in Buenos Airesare true. The fares for the busses and trains in Buenos Aires city will increase with 100%. The start date of the increase of these fares is the 8th of April 2016. The minimum price of a bus ride used to be 3ARS pesos, from the 8th of April on it will be 6ARS pesos. Train tickets will rise from 2ARS pesos to 4ARS pesos. These are the minimum fares, the price of the trip will rise with the distance.