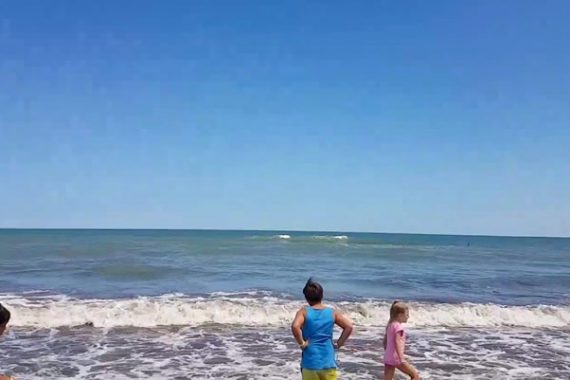 An orca whale was spotted in the region of southern Buenos Aires, close to Bahía Blanca. The so-called killer whale came close to shore, causing eye witnesses to flee from the water back to land.

It is difficult to predict what these animals would really do when encountering a swimmer, but the result can be fatal for humans. However, it is not the first time orca whales are spotted on the coast.

In addition, this can create more opportunities for research of these extraordinary animals as they like to live and travel in groups. END_OF_DOCUMENT_TOKEN_TO_BE_REPLACED 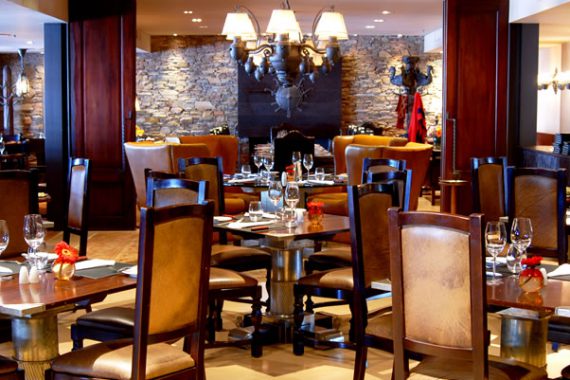 La Cabaña: the best beef on this planet

La Cabaña: the best beef on this planet

La Cabaña has the best beef on this planet and it is easily believable when you enter the huge oak doors of this high society restaurant in Buenos Aires.

While a huge assortment of prime beef from Argentina is offered, it is grilled to perfection like you only can imagine it in your dreams.

For 80 years, the restaurant has settled its place in history, tradition and culture of Argentina. Moreover, the rustic interior design with vintage ornaments gives the visitor a truly unique atmosphere. 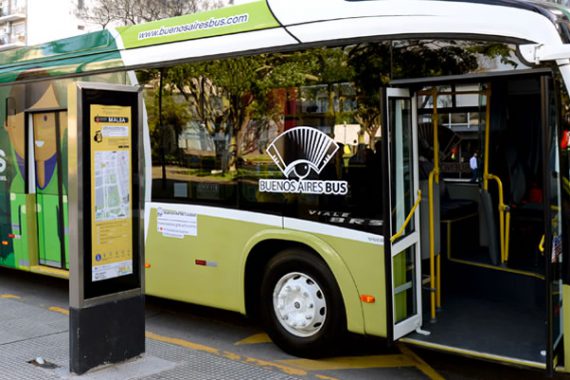 The first hybrid bus is introduced by the Argentine government last month and is now operating in Buenos Aires. It is a vehicle with two engines; one is running electric and the other one on diesel.

Moreover, the Volvo manufactured bus is supposed to make Buenos Aires more environmentally friendly and more sustainable. It is reducing noise and emissions and therefore produces less air pollution. Next to that, after it reaches 20 kph, it switches to the diesel engine.
END_OF_DOCUMENT_TOKEN_TO_BE_REPLACED 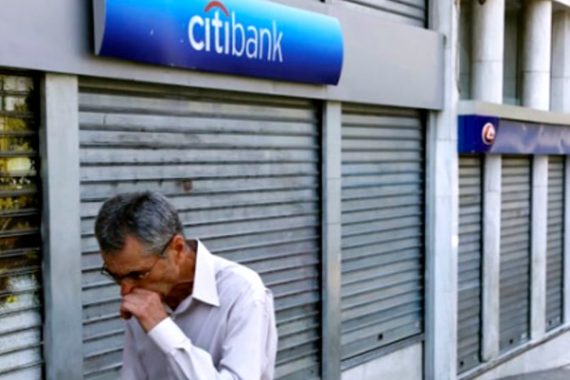 Banks on Strike This Week in Argentina

Banks on Strike This Week in Argentina

As banks are on strike this week in Argentina, it is not possible to use any banking services of a non-national bank (i.e Citibank, Santander, Banco Frances and foreign based banking institutions).

However, the Banking Association Union is meeting this week with various government officials in order to reach a compromise.

In addition, other banks could strike again and the general strike could be extended if the negotiations are not successful. END_OF_DOCUMENT_TOKEN_TO_BE_REPLACED 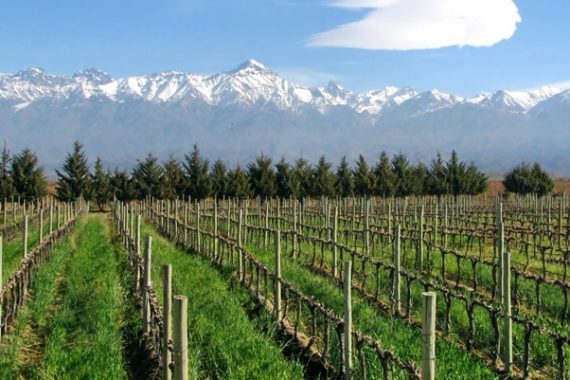 The Fair will take place in a hotel in Buenos Aires, called the Brick Hotel. The event will consist of more than fifteen wineries that will provide various samples of both wine and snacks.

Over 100 wine labels will be represented at the event END_OF_DOCUMENT_TOKEN_TO_BE_REPLACED 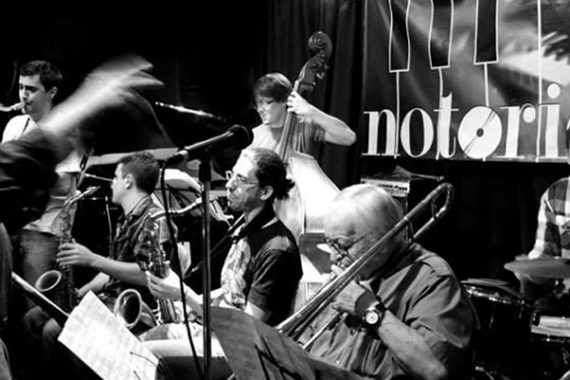 The Buenos Aires Jazz Festival has been a tradition ever since 2002. The event always has thousands of spectators, and it has grown rapidly in the last ten years. In fact, participants reached a total of 70,000 in recent years!

There will be a variety of activities, from concerts to workshops to dances, that will be scattered throughout the city. A total of four hundred jazz artists will be invading the city for this event.
END_OF_DOCUMENT_TOKEN_TO_BE_REPLACED 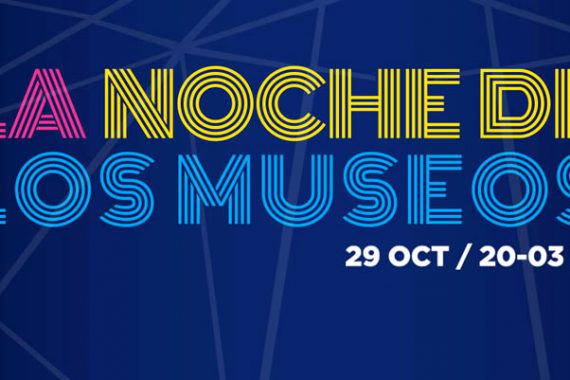 This Saturday, October 29th, is the annual Museum Night in Buenos Aires. This night is all about indulging yourself in culture, art and history, whether it is international or from Argentina. All museums will open their doors for the big crowds that gather in the city centre on this night. Not only are museums participating, but also various galleries, governmental institutions and private historic buildings are creating space for the cultural events. Museum Night will hold live music, theater, exhibitions and dance performances throughout the city.

As Buenos Aires has more than 240 museums, there are many events to choose from. It is possible to participate in a walking route through the city, starting at Casa de Cultura on Avenida de Mayo. END_OF_DOCUMENT_TOKEN_TO_BE_REPLACED 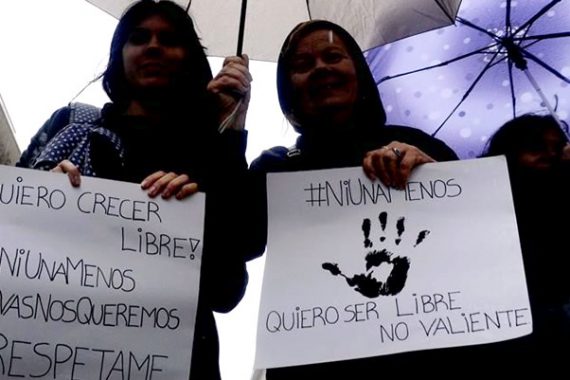 #NiUnaMenos was the big message yesterday, when hundreds of women went to the streets around Plaza de Mayo and Avenida de Mayo in the Argentine Capital Buenos Aires. All of them and thousands of other women throughout Argentina, were protesting against the gender violence and femicides that have been taking place for many, many years. Many horrible events have occurred in Argentina with brutal murders, this Black Wednesday had to be the turning point in this horrible aspect of society.

Between 1 and 2 in the afternoon, women had prepared a huge strike of exactly one hour. Many women and even men gathered at Plaza de Mayo at 5pm and fought and yelled for a better society and a respectful way of treating women. END_OF_DOCUMENT_TOKEN_TO_BE_REPLACED 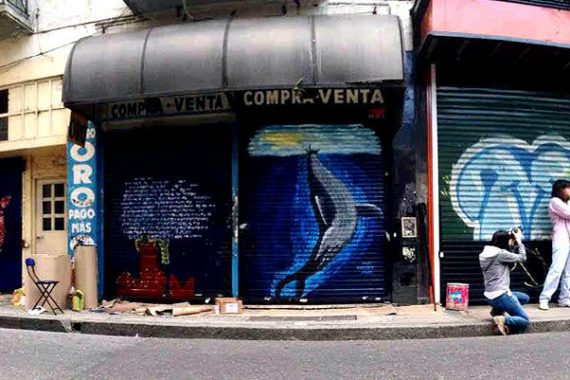 In the upcoming weeks, many graffiti artists will be working on a great project called “Proyecto Persiana” on Uruguay street, close to the micro center in Buenos Aires. They will be repainting (or spray painting) all the shutters of the little shops that are located in this area. The aim of this project is to create a prettier and more colourful neighbourhood and to support the graffiti and artistic community here in Buenos Aires.

Every Sunday, you can watch the artists in their element and you can even help them paint if you ask. The general idea is to make the whole neighbourhood (or in this case, the street) beautiful and more alive if you work together. So, get your magic brush and come over to Uruguay Street. END_OF_DOCUMENT_TOKEN_TO_BE_REPLACED